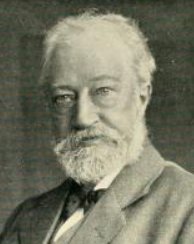 William West (senior) was born on the edge of Woodhouse Moor, Leeds. He studied and qualified in pharmacy, setting up in business in Bradford in 1872. He married Hannah Wainwright (also from Woodhouse Moor); and they had two sons and a daughter. Their sons, William and George, went to Cambridge University and involved themselves in botanical work. Sadly, William West (junior) died young (aged 26), whilst working in India.

In 1886, William West (senior) was appointed lecturer in Botany at the Bradford Technical College. He became secretary of the botanical section of the Yorkshire Naturalists’ Union, and was elected President in 1899. In 1887, he was elected a Fellow of the Linnean Society and played an active role in the British Association.

Between 1878 and 1887, he demonstrated his wide and accurate botanical knowledge, publishing many notes and papers on mosses, lichens, roses and contributed much to Lees’ Flora of West Yorkshire.

However, his studies became more specialised for a time, focussing (in conjunction with his son George) on freshwater algae. Over the next few years, the two Wests became the experts in this field – their studies leading to the ‘Monograph of the British Desmidiaceae’. Towards the end of his working life, William West turned to the ecology of cryptogams.

William West died from heart failure, associated with the difficulties he faced for many years with asthma.