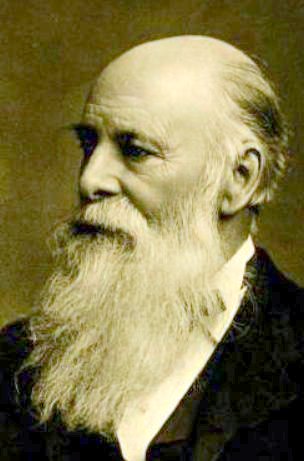 Babington's signature on a letter dated 30th May 1890, from his home at 5 Brookside, Cambridge:

Influential field botanist and taxonomist; archaeologist; cousin of the historian Lord Macauley; succeeded John Stevens Henslow as professor of botany at Cambridge. Author of Manual of British Botany (1843) and Synopsis of the British Rubi (1846) which made study of the genus fashionable. When an undergraduate, collected Coleoptera and was nicknamed 'Beetles'; when professor, Elodea canadensis was nicknamed 'Babingtonia pestifera' after him. Encouraged Hugh Neville Dixon in his botanical interests.

His early botanising companions at Cambridge included William Williamson Newbould and Frederick Townsend. All three often used a date style of 'month/day. year' which can cause confusion. Here Babington writes 6/8. 1847 for 8th June 1847, NOT 6th August, as confirmed by his Journal page 139 (sheet 385254):

His cousin Churchill Babington was also a botanist. In 'Memorials Journal and Botanical Correspondence of Charles Cardale Babington' Rev. H.C.G. Moule says of Babington (page lx) "It is generally known that his antiquarian knowledge was second only, if second, to his botanical. It used to be pleasantly said of him and of his cousin, Churchill Babington, when the latter was Disney Professor of Archaeology, that either might well occupy the chair of the other."

Read the Memorials, Journal and Botanical Correspondence of Charles Cardale Babington on-line.
Babington has a detailed entry in the Oxford Dictionary of National Biography.